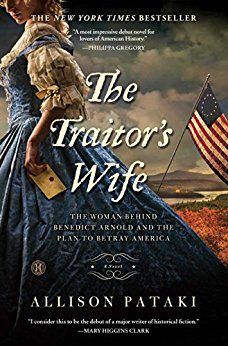 The Roaring Twenties would be a glittering era of opulence, based on extravagant parties and dazzling wealth, a time when glamorous Vibrant Youthful Things were both celebrated and belittled by newspapers, magazines and also the great authors from the decade.

Because the insidious results of World War 1 gradually faded in the European and American conscious, the impetuous need to embrace existence taken over the social landscape and ignited the youth to digital rebel from the strict restraints of the Victorian parents. Flappers chopped their head of hair into dubious bobs and unlaced their corsets in return for drop-waisted dresses with scandalously short hemlines. Men unbuttoned their dinner jackets to throw back heady cocktails and dance the Charleston in steamy nightclubs. Jazz, lambasted by older critics because the devil’s music, grew to become the soundtrack that introduced youthful people closer and closer together before the class lines were blurred and everybody partied until beginning.

Prohibition was meant to curb the rampant hedonism, only encouraged illegal behavior and necessitated bootleggers and arranged crime. The cocktail, initially produced to mask the results of moonshine along with other questionable home brews, grew to become famous American speakeasies and trendy in trendy British bars.

Using the zeitgeist squarely centered on the Vibrant Youthful Things–the rebellious youth who pulled pranks, got drunk in public places, and put caution towards the wind–there is lots of scandalous material to record.

Vibrant Youthful THINGS: A Contemporary Help guide to the Roaring Twenties is an introduction to this gilded chronilogical age of excess, a handbook towards the Roaring Twenties. Full of highlighted quotes from authors from the era, wardrobe essentials for that modern flapper, classic cocktail recipes for entertaining, and tips about how to produce a roaring book club, BRIGHTY Youthful THINGS is the help guide to this unforgettable era. Listed here are 16 must-reads in the book, ideal for the current Vibrant Youthful Factor:

blazinglycoris: my most overhyped ya books are basically anything john green has ever written. i've read all of them, and see little reason why they are so hyped up. they're just ok books﻿

PinkyGirl58: I honestly love John Green and his books. I love how free and unique his writing style is and he's such an inspiration when it comes to writing for me, because I write too, but to be quite honest, I believe that "The Fault in Our Stars" was a bit overhyped. I mean, it was okay, and some of the messages of the book were great, but some I just don't agree with and I think are a bit too pessimistic and I just… I don't know. I think it was okay (Pun not intended, but it came in handy. Hahahaha!), but not "WOW!" like people made it out to be. "Looking for Alaska" too. I liked it, but not to "WOW!" level. However, I absolutely loved "Paper Towns". It is one of my favorite books of all time. I just agreed with all of the message in the book, or they just really opened my eyes to some things, I actually really related to Margo, but then understood a few things about myself by the end, the story was really unique and I don't know, I just loved it. Also, "An Abundance of Katherines". The message of that book was amazing and it's so underrated and it really think it deserves more attention. \nThis is just my opinion, though. Everyone is entitled to their own understanding of a book and their own opinion based on it. :D﻿

Ari: blazinglycoris im a bit late to this thread, but I agree for the most part. Looking for Alaska was definitely his best book. Paper Towns had a terrible ending, I was extremely disappointed. TFIOS was dragged on in my opinion, but it was still a really amazing book. Some books are a hit or miss depending on what type of books you're into.﻿

May Quilez: I have to say that I really "hate" that disclaimer about "please don't take my opinion like an offense" on these kind of videos… Of course they're just your opinions! And of course nobody should take them like an offense… I mean… wtf? I actually LOVE the videos that talk negatively about books (or stuff in general) because that way you can see both sides and you can really make your own choice based on what you heard (so it's not all just HYPE HYPE HYPE, like usually is). If you only hear beautiful, lovely, positive reviews, you're not getting all the information and I think that's just fake. The booktubers that I like the least are the ones that only say good things about everything they talk about. Actually, one of my favorite videos to watch is the "unpopular opinions tag" because it allows you to see their honest opinion. Why isn't it always like that? That tag shouldn't even exist because everyone should be able to share their opinions without being scared of people getting mad at them. So what if you hate a book that I love? That's not an insult. That's why youtube is made for, so you can see all kinds of people with all kind of points of view and preferences.\nSo thank you for doing this video! And of course for being honest and saying the things that you don't like, like you normally do too, I don't comment this because of you, but because of the "need" of that disclaimer speech 🙂 xx﻿

Olive Dunbar: I honestly feel this same exact way about a shit load of other topics, us millenials(or however you spell it) are so sensitive﻿

No One Important: am I the only person who thinks Divergent was awful and is way to overhyped or..﻿

twentyonepoots: Loved the first book, HATED insurgent and didn't bother with the last one﻿

Cami Castle: I think the problem was that the person who told me about it, compared it to the Hunger Games, which I loved so I was really disappointed. ﻿

Lara Tokar: I personally think that the Divergent series are very overhyped﻿

Mehlany: I agree. I didn't liked the first movie that much, and the book was pretty good (but I don't think k it was as good as people told me it was), but after than it all went downhill. I couldn't sit through Insurgent (book or movie) and I haven't​ read Allegiant since I don't think there's a point to it.﻿